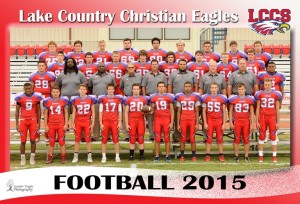 Congratulations to our Eagles! They finished the season as Area Champions with a record of 8-4 overall and 5-2 in district. In addition, many players received TAPPS Division III District 1 All-District and All-State awards.