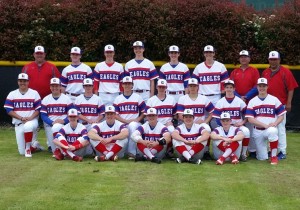 Eagle varsity baseball finished the season as back-to-back district champions and made school history as our first baseball team to go undefeated in district play. The season included both District, Bi-District, and Area titles and an appearance in Regional Finals! In addition, we have many individual honors to share. Here are the TAPPS Division III, District 2 All-District selections and today’s announced All-State selections:

Congratulations to these Eagles and our entire baseball team on another incredible year!