Congratulations to the LCCS Symphonic Band for an outstanding performance at the TAPPS Concert/Sightreading Championship! The band was awarded the TAPPS “Sweepstakes” award as well as recognition as the TAPPS 3A Band State Runner Up in band competition! We’re immensely proud of our band students – it’s a great time to be an Eagle! Here is a recap of the state events:

The Symphonic Band also won Sweepstakes – all superior ratings – at the TPSMEA Concert and Sight Reading Contest on April 4. 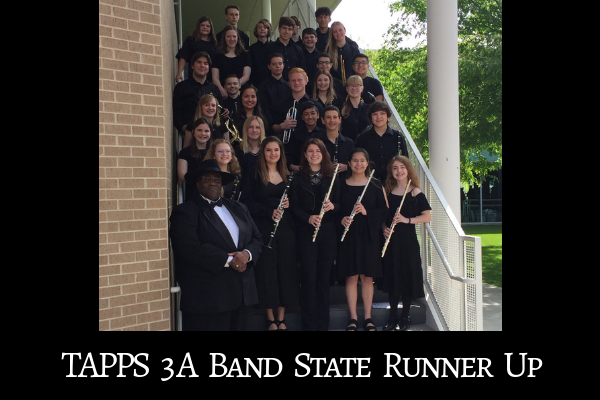